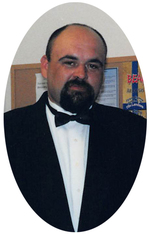 Ashley was a graduate of Swifton High School, and a truck driver for C&B Trucking. Over the years, he had worked for Riceland Foods, JWK Hauling, and on Hunter Farms. On June 4, 2005, Ashley married Miss Adessa Popejoy, and together they enjoyed 17 years.

He was preceded in death by his father, Tommy Eugene Redd; his maternal grandparents, Herman and Dora Hunter; paternal grandmother, Elsie Jungers; and his paternal grandfather, Johnny Redd.

Friends may visit at the funeral home, Friday beginning at 1:00 p.m. Funeral services will follow at 2:00 p.m. Friday, at Jackson’s Newport Funeral Home Chapel, with interment at Dowell’s Chapel Cemetery.