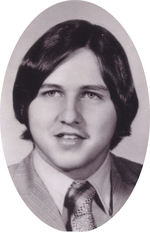 Mr. Billy Jack Shirley of Newport, Arkansas, departed this life on Saturday, November 19, 2022 at the age of 67. He was born July 30, 1955 in Newport, the son of Billy Ray and Moblee (Stapleton) Shirley.
Mr. Shirley was a 1973 graduate of Newport High School, and attended Harding University. He played football for the Newport Greyhounds, and played drums in a band when he was younger. Mr. Shirley enjoyed spending the holidays with his family, and reading, especially westerns.
He was preceded in death by one sister, Darla Ann Stovall; his grandparents, W.R. "Jack" and Alma Shirley and Ned and Lois Stapleton; and his parents.
Mr. Shirley is survived by one daughter, Dannica Shirley of Mountain Home; his uncles, Bernard Shirley and wife Sue, and Boyd Shirley and wife, Carol; and his aunts, Bettye Jackson, Barbara Reaves, Beverly White and husband, David, Faye Stapleton, Sharon Stapleton, and Audrey Eudy.
Friends may visit at the funeral home, Friday, 1:00 p.m. until service. Funeral services will follow at 2:00 p.m. Friday at Jackson’s Newport Funeral Home Chapel, with interment in Walnut Grove Cemetery.
Those honored to serve as pallbearers are Eddie Shirley, Jody Shirley, Stephen Shirley, Steven Stout, John Reaves, and Brandon White. Honorary pallbearers are Doug Stapleton, Larry Stapleton, Donny Jackson, Dewayne Smith, John Lewis, and Johnny Victory.
Arrangements by Jackson’s Newport Funeral Home.