In Memory of
James Otis
DuPree Jr.
1929 - 2021
Click above to light a memorial candle.
Memorial Candle Tribute From
Jackson's Funeral Homes Inc.
"We are honored to provide this Book of Memories to the family."
View full message >>>
Send Flowers
Plant a Tree In Memory of Your Loved One
Click Here
Menu 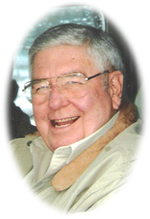 Mr. James Otis (Jim) DuPree, Jr. died peacefully at his home in Little Rock on December 26, 2021. He was born in England, Arkansas on December 18, 1929 to Mr. and Mrs. James Otis DuPree, Sr. Upon graduation from England High School, he attended Hendrix College where he met and married Mary Ann McDonald of Weldon, Arkansas.

Always active in school sports, he also played minor league baseball as a pitcher for the Odessa Oilers for a time while in college. After college, he enlisted in the US Navy, stationed out of the Naval base in Millington, Tennessee. Upon leaving the Navy, he and his young family relocated to Weldon, Arkansas where he spent the next 50 years running a farming operation with McDonald Brothers Farms.

During that time he was active both professionally and personally in the community in a wide variety of areas. He advocated at a local, state, and national level in the American Agricultural Movement, and was instrumental in drafting federal farm policy during the Clinton Presidency. He was appointed to serve on the Commission on 21st Century Production Agriculture and also worked as a special aide for agriculture policy for Senators Hodges and Bumpers. He was an active member of the American Cattlemen’s Association and expanded the beef cattle operation on the farm to breed Angus and Hereford herds.

He believed in the value of public education and devoted his time to ensure it was accessible to all throughout his life. He refereed high school football and basketball on Friday nights for many years. He served as president of the school board of the Newport School District during the very volatile period of integration for Newport High School. He was appointed by three different governors, both Republican and Democrat, to the Arkansas State Board of Education, serving 19 years,10 years as President, during a time of the passage of many educational reforms in Arkansas. While on the state board, he was particularly proud of his involvement in supporting the building of Vocational Technical Education schools in communities across the state, including one in Newport that has become a thriving community college today.
Mr. DuPree was a member of the First United Methodist Church at Weldon.

After his retirement from farming, he moved to Little Rock and served as special projects adviser to James Wood Jr., Arkansas State Auditor.

He possessed a keen wit, an infectious smile and the capacity to communicate with individuals from all walks of life because he was truly interested in people. He possessed intellectual curiosity, and there was no topic in which he was not interested. He was an avid reader of non-fiction and a student of history. He was a natural born storyteller and loved to impart his knowledge, advice and unique perspective on any current situation. He had a life-long passion for New Orleans and Dixieland jazz. He collected and traded vintage fountain pens. He knew every cemetery in Arkansas and was never lost in any part of the state. He would tell you he had lived a long and fascinating life.

Mr. DuPree was preceded in death by his wife of 52 years, Mary Ann; his parents and his brother and sister-in-law, Dr. and Mrs.Tom DuPree (Jackie Bell) of Booneville, Arkansas.

Graveside services are 11 am on Friday, December 31, at Walnut Grove Cemetery in Newport. Due to Covid there will be no visitation. Masks will be required at the cemetery and social distancing will be observed.
Serving as honorary pallbearers are Harvey Joe Sanner, Jim Wood, Steve Kelley, John Conner, Jr., Gene Sweat, and Toby McDonald.

Those wishing to make donations can do so by contributing to the ASUN Student Success Fund, 7648 Victory Blvd, Newport, AR 72112.