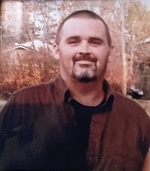 Michael was a graduate of Springfield North High School in Ohio. He was a United States Army veteran, and worked at Pennywitt Construction, Inc. He was a hard worker, who enjoyed wood working, listening to music, and doing yard work.

Michael is survived by his wife, Shannon Finney Pennywitt of Tuckerman, Arkansas; his parents, Michael and Carol Ann Pennywitt of Locust Grove, Arkansas; one daughter, Mikayla Knueppel and husband, Danny of Scottsdale, Arizona; two grandchildren, Brooklynn Knueppel and Harper Knueppel; one brother, Robby Lee Pennywitt and wife, Rachel of Locust Grove; one sister, JoAnne Powell of Paragould; several nieces and nephews; and a lifetime of friends.