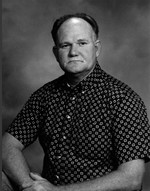 Mr. Ralph Cowgill Russell, 61, of Harrisburg, Arkansas passed away on Wednesday, February 17, 2021. He was born April 18, 1959 in Midland, Texas. He has lived all over the United States as a Union Plumber/Pipefitter. Ralph served and completed his apprenticeship in Local #239~Odessa, Texas in 1984 and later moved his membership to Local#211~Houston, Texas in 1995, which he worked through until his early retirement in 2012. His eye for detail in his profession helped him find his niche while working and living in the Houston area. He was regularly called in as the finisher to troubleshoot and punch list out projects before turning them over to the owners. He retired in 2012 and moved to Harrisburg to be full-time caregiver for his parents. He enjoyed time outdoors, spending time with family, tinkering with projects, and loved riding his Harley. Ralph was always willing to lend a hand and was truly cherished by his family. He was preceded in death by his brother, Joe B. Russell Jr.: his sister, Barbara Christine Green; and nephew, Anthony “Tony” Joe Russell. Survivors include his parents, Joe Burns Russell Sr., and Barbara Ann Chaplain Russell of Harrisburg; one sister, Joyce Ann Russell-Dew of Jonesboro; one brother-in-law, Rondal Green and wife Diana of Huffman, Texas; three nieces, Christy Harris and husband Ryan of Brookland, Shelly Anderson and husband Jeff of Jonesboro, and Amy Cobbley and husband Ken of Huffman, Texas; three nephews, Adam Russell and wife Kate of Joliet, Illinois, Wesley and Josh Russell of Paducah, Kentucky; as well as his great-nephews and nieces. A Celebration of Life will be held from 1:00 p. m. to 3:00 p. m. on Tuesday, February 23 at Jackson’s Funeral Home in Harrisburg, Arkansas. A Private Burial Service will be held at a later date at the Oak Grove Cemetery in Weiner, Arkansas. Lasting memorials may be made to the American Cancer Society P O Box 22478 Oklahoma City, Oklahoma 73123 Arrangements are by Jackson’s Funeral Home
Printable
Share on Facebook
Recently Shared Condolences
Leave a Condolence
View All Condolences
Recently Lit Memorial Candles
Light a Memorial Candle
View All Candles
Recently Shared Stories
Share a Story
View All Stories
Recently Shared Photos
Share a Photo
View All Photos