In Memory of
Robert "Bob"
Carpenter
1975 - 2021
Click above to light a memorial candle.
Memorial Candle Tribute From
Jackson's Funeral Homes Inc.
"We are honored to provide this Book of Memories to the family."
View full message >>>
Send Flowers
Plant a Tree In Memory of Your Loved One
Click Here
Menu 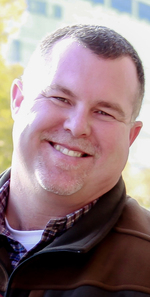 Mr. Robert “Bobby” Franklin Carpenter of Traskwood, Arkansas, departed this life on Saturday, January 30, 2021, at the age of 45. He was born August 18, 1975 in Newport, and was a graduate of Cedar Ridge High School in Newark.
Mr. Carpenter was self-employed, and a member of Centerpoint Church in Bryant. He was an avid outdoorsman who enjoyed, family, church, fishing, hunting, and cooking. He had a knack for carpentry, and could build most anything. Mr. Carpenter had a larger than life personality, and a friendly, outgoing manner. He never met a stranger, and if he knew you, rest assured that he considered you a friend. Mr. Carpenter had an especially strong love for his family. They were always his main concern.
Mr. Carpenter is survived by his wife, Mary Elizabeth (Scott) Carpenter of the home; three sons, Will Carpenter and wife, Alonna, of Cushman, Nathan Carpenter of Sulphur Rock, and Garrett Carpenter of Sulphur Rock; two daughters, Jessika Reed and husband, Cole, of Hot Springs Village, and Jodie Casey and husband, Jeremy, of Malvern; his mother and step-father, Ruth (Bridgeman) and Jim Haynes of Tularosa, New Mexico; his father and step-mother, Dennis and Laura Carpenter of Magness; one brother, Travis Haynes and wife, Holly, of Tularosa, New Mexico; two sisters, Brandy Johnson and husband, Ryan of Ft. Worth, Texas, and Ashley Patterson and husband, Troy, of Tularosa, New Mexico; seven grandchildren, Kamma Reed, Briar Carpenter, Colby Reed, Amanni Eligio, Jaylee Casey, Brantley Casey, and Rusher Reed; several nieces and nephews; many other relatives; and a lifetime of friends.
Friends may visit at Jackson’s Newport Funeral Home Chapel, Saturday, February 6, 2021 beginning at 9:30 a.m. Funeral services will follow at 11:00 a.m.
Arrangements by Jackson’s Newport Funeral Home.